The survey instrument used in this evaluation was based on an assumption that an individual’s functional capacity for work is proportional to the employee’s perception of the quality of their working conditions.27, 29 Attitude, motivation, job satisfaction and emotional state are all critically influenced by perceptions of the workplace design […]

The survey instrument used in this evaluation was based on an assumption that an individual’s functional capacity for work is proportional to the employee’s perception of the quality of their working conditions.27, 29 Attitude, motivation, job satisfaction and emotional state are all critically influenced by perceptions of the workplace design features and influence job performance.29 Thus, the level of quality of different workplace design attributes may be referred to as perceived workplace occupancy quality.25, 26, 27

The intent of this investigation was to evaluate differences in the perceived workplace occupancy quality of NICU staff in the SFR NICU compared with the traditional OPBY NICU. The staff perceived workplace quality survey was comprehensive and covered a number of aspects of the physical work and emotional interactions in the NICU environment, which could have influenced NICU job performance. The survey instrument was also designed to include areas of particular concern in the transition of NICU care from the OPBY to the SFR environment.

Neonatal intensive care unit staff perception scores were greater in the SFR NICU than the OPBY NICU in the areas of quality of the work environment, quality of patient care, safety and security in the NICU and interaction with NICU technology. These findings regarding the SFR NICU are consistent with the improved staff satisfaction with the physical environment and their perception of the psychological impact of the physical environment reported by Shepley et al.11 and Harris et al.12

A major concern expressed by staff members when planning for the SFR NICU was the possibility of an impaired ability of members of the care team to interact with each other in regard to patient care, parent care, education and for social purposes. Social isolation in the workplace has a strong correlation with stress.30 Concerns regarding such interactions were also reported by Smith et al.27 The measured perceptions of the quality of interaction with other members of the health-care team in the present investigation were interesting. The lack of a statistical difference in this category is likely a manifestation of a great deal of variability in responses between occupational subgroups. Examination of the full data set for all respondents allowed such analysis, which confirmed that nurses perceived that their interaction with the health-care team was less satisfactory in the SFR NICU. Other occupational groups (physicians, nurse practitioners, respiratory therapists and secretarial staff) did not have a significant difference in their scores between the OPBY and SRF NICU. One might speculate that these individuals, in their respective roles, did not perceive that their communications were significantly different in the SFR NICU.

Similar communication issues were described in a post hoc survey of nursing staff performed following the move from a large tertiary OPBY NICU to an SFR facility by Walsh et al.31 Nurses expressed the perceptions that in the SFR NICU fewer colleagues were available for assistance and they had decreased contact with the physician staff. Furthermore, they felt that the SFR NICU was physically more difficult in which to work and more emotionally stressful. They did feel that care was safe and the environment better for patients and their families.

The study by Smith et al.26, 27 from St Paul Children’s Hospital showed that all perceived workplace quality indicators improved in the SFR NICU relative to the OPBY NICU with the exception of the perception of interaction with members of the health-care team. In that study, physicians’ perceptions were significantly greater than nurses in regard to the quality of interaction with the health-care team in the SFR NICU.

No significant difference in the perception of quality of being a Sanford Health employee or off-job quality of life were found in this investigation. However, no significant change was made in the terms of employment during the time period of this overall investigation. One might speculate that if the perceptions of workplace quality of the NICU staff had dramatically improved in the SFR NICU, a significant change in off-job quality of life should have been observed; however, this was not the case. It is possible that for many NICU employees there is little interaction between employment and personal life. As median scores for both quality of employment and off-job quality of life were very high, it is also possible that the ceiling effect32 threatens the internal validity of the results for these two survey categories. However, deletion of these two categories from the overall analysis would have little impact on the overall results.

The scores for the quality of health and safety in the Boekelheide SFR NICU relative to the OPBY NICU were not significantly different. The percent of all survey respondents’ written comments reporting orthopedic problems in the two facilities were the same (15%). Approximately half of these reports involved problems involving the feet and lower extremities. This was a major concern of staff before occupancy because of the markedly increased area, and potential for increased walking in the new NICU. Unpublished results from the Environmental Research Program indicated significantly greater walking per shift of approximately one-half mile per day in the SFR NICU relative to the OPBY NICU.33 These greater distances measured in the SFR NICU were still much less than those reported for nurses on a standard medical-surgical unit per shift.34 Ten (10%) respondents complained of headaches in the OPBY NICU compared with only one (<1%) in the SFR NICU, suggesting the possibility of lower levels of stress in this facility.35, 36

There are limitations to this investigation. Moving to a new SFR NICU facility is a major organizational transformation. Multiple factors changed between the two study periods, most of which were beyond the control of the investigators. Many of these changes occurred in relationship to the new environment, but some unrelated factors may have affected the results. For instance, some employees may have terminated their employment in the NICU because they were not willing to adapt to the new environment and/or the necessary modifications in care practices. Some may have ended their employment because it was a convenient time to make a change in their lifestyle. New and inexperienced staff were hired to work in the SFR NICU because they were available as new nursing school graduates at the time of an increased daily census in a new facility with greater staffing needs. These changes are reflected by significantly less seniority of NICU staff in the SFR NICU compared with the OPBY NICU.

Restricting the analysis to NICU staff who responded to surveys in both facilities eliminated some of the confounding factors, but at the expense of the potential loss of data for analysis. The results reported do pertain to senior NICU staff with over 14 years of experience; however, the results represent information for a relatively uniform population of experienced NICU personnel who remained dedicated to their employment regardless of uncertainties involved in the future of care in the SFR NICU. Furthermore, when considering these results, it is important to note that no significant differences were found when one-time and paired respondents’ data were compared. These factors support the argument that the results presented are a valid indication of the change in perceived workplace quality associated with the implementation of SFR NICU care, which transpired in the Boekelheide NICU.

Administrative changes were intentionally implemented following occupancy of the SFR NICU. For instance, nursing staff were initially assigned a lesser number of patients and lower total patient acuity level per shift to assure patient safety following moving to the new NICU. Administrative staff including the unit manager, the medical director and the nursing clinical care coordinator met weekly following the move to the SFR NICU. Four months following occupancy, the administrative staff felt that ordinary daily operations had resumed and enhanced staffing patterns were discontinued (personal communication with Boekelheide NICU Nursing Director). Data from other parts of the Environmental Research Program have indicated that nurses’ assigned total patient acuity and the number of patients per shift were not significantly different during the two study periods; although the total number of employees needed per 12-h shift was greater in the SFR than the OPBY NICU. Additional NICU employees were required, but primarily to support the nursing staff.37 This evaluation of the required number of NICU staff was conducted during the same time period that the staff workplace quality perception study was conducted.

Staff perception of workplace quality scores were significantly greater in the SFR NICU, but this occurred in conjunction with adequate administrative support to ensure a safe transition and with careful planning so as to keep nursing patient assignments and acuity constant in the new facility. These results can only be interpreted and extrapolated with full awareness of the significant administrative planning and support that were used in planning care in a NICU facility which is dramatically different than the traditional OPBY NICU.

An additional concern, which the reader might pose, involves the possibility that the perceived workplace quality scores might have been falsely elevated because the survey was performed in the SFR NICU during a honeymoon period when staff were enthusiastic about working in a new facility. As noted previously, administrative personnel reported that the SFR NICU was operating at full capacity after 4 months following occupancy. This was 6 months beore the distribution of surveys in the SFR NICU. The administrative observations, and reversion to the staffing patterns observed in the OPBY NICU, support the conjecture that much of the stress and anxiety over new equipment and patterns of care in the SFR NICU had dissipated by the time that the follow-up surveys were administered.

One oversight in this study was the failure to include specific questions regarding the perceptions of staff regarding the interaction of parents with other parents and families in the NICU. The authors are aware that such interaction may be more difficult in the SFR NICU. Unfortunately, no information is currently available to support this suspicion. Hopefully, this is an issue that may be addressed in future research.

As concerns regarding the short- and long-term impact of the NICU environment have increased over the past two decades, a movement to new NICU design methods has evolved. Although a number of SFR NICUs have been constructed to date, little evidence is available to document the benefits derived from the increased health-related expenditures required to construct and run such facilities. This paper presents only a small part of the information collected in the Environmental Research Program in regard to the Boekelheide SFR NICU. The authors hope that this information will be helpful to those planning new facilities. Any organization which employs new models for the provision of NICU care needs to allocate the resources to measure its outcomes, so as to provide the medical and architectural evidence to assist in judging what the best practices are for the future of NICU patients and families.

Sat Apr 11 , 2020
Our first room to tackle is the family room; this is the room that we tend to spend the most time in (mostly because it has the big TV).  For this makeover the plan is to remove wallpaper and chair rail, paint, install new carpet, install some shelving and move […] 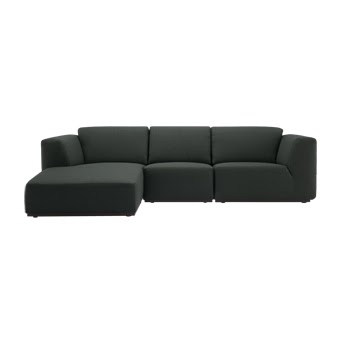