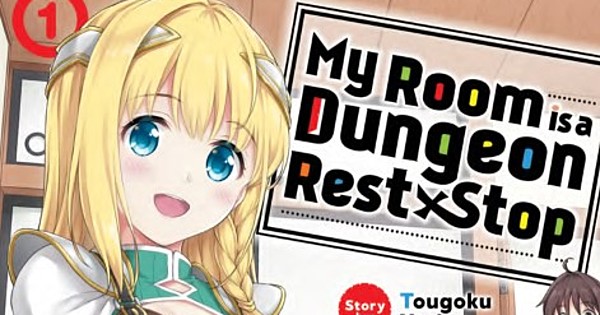 My Room Is a Dungeon Rest Stop GN 1 – Review

The manga version of My Room Is a Dungeon Rest Stop is an adaptation of a web novel of the same name; I can find no indication that it has ever been published in print, however, and the web novel does not seem to be legally available in English at this time. Based on its (rather short) first volume, it is a series that won’t dazzle anyone or rewrite any standards for light novel storytelling, but it has a simple and likable enough set-up that I can see it being successful.

Though the concept and mechanics involved share many traits with isekai series, this one more resembles something like Restaurant to Another World in execution: Touru’s front door has become the world-hopping portal, and travel both ways is somewhat possible. That “somewhat” is where the story’s most interesting early twist comes up: though Ria can be brought into Touru’s room,