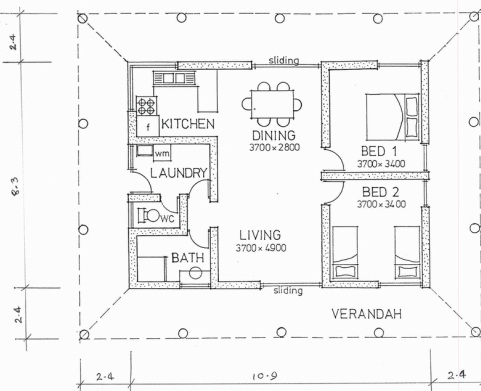 Scale drawings are created to allow you to plan the space and for others to know and understand your plan.

Contractors that may be working under your instruction need plans to understand where and how you want items placed.  Clients will need to visualise the space and be confident that it’s going to work for them before committing to the proposed design and You as the designer, also need to be sure that your proposal is going to work.  How embarrassing would it be to order a £15000 bed only to find it doesn’t fit the space!

As mentioned elsewhere on this site there are online tools to help you with the planning, but you will still need to ensure that the measurements you use are correct.

What is scale drawing?

A drawing room is a room in a house where visitors may be entertained, and a historical term for what would now usually be called a living room. The name is derived from the 16th-century terms withdrawing room and withdrawing chamber, which remained in use through the 17th century, and made their first written appearance in 1642.[1] In a large 16th to early 18th century English house, a withdrawing room was a room to which the owner of the house, his wife, or a distinguished guest who was occupying one of the main apartments in the house could “withdraw” for more privacy. It was often off the great chamber (or the great chamber’s descendant, the state room) and usually led to a formal, or “state” bedroom.[2]

In modern houses, it may be used as a convenient name for a second or further reception room, but no particular